Switch to the dark mode that's kinder on your eyes at night time.

Switch to the light mode that's kinder on your eyes at day time.

Previous Next
Spread the love
more 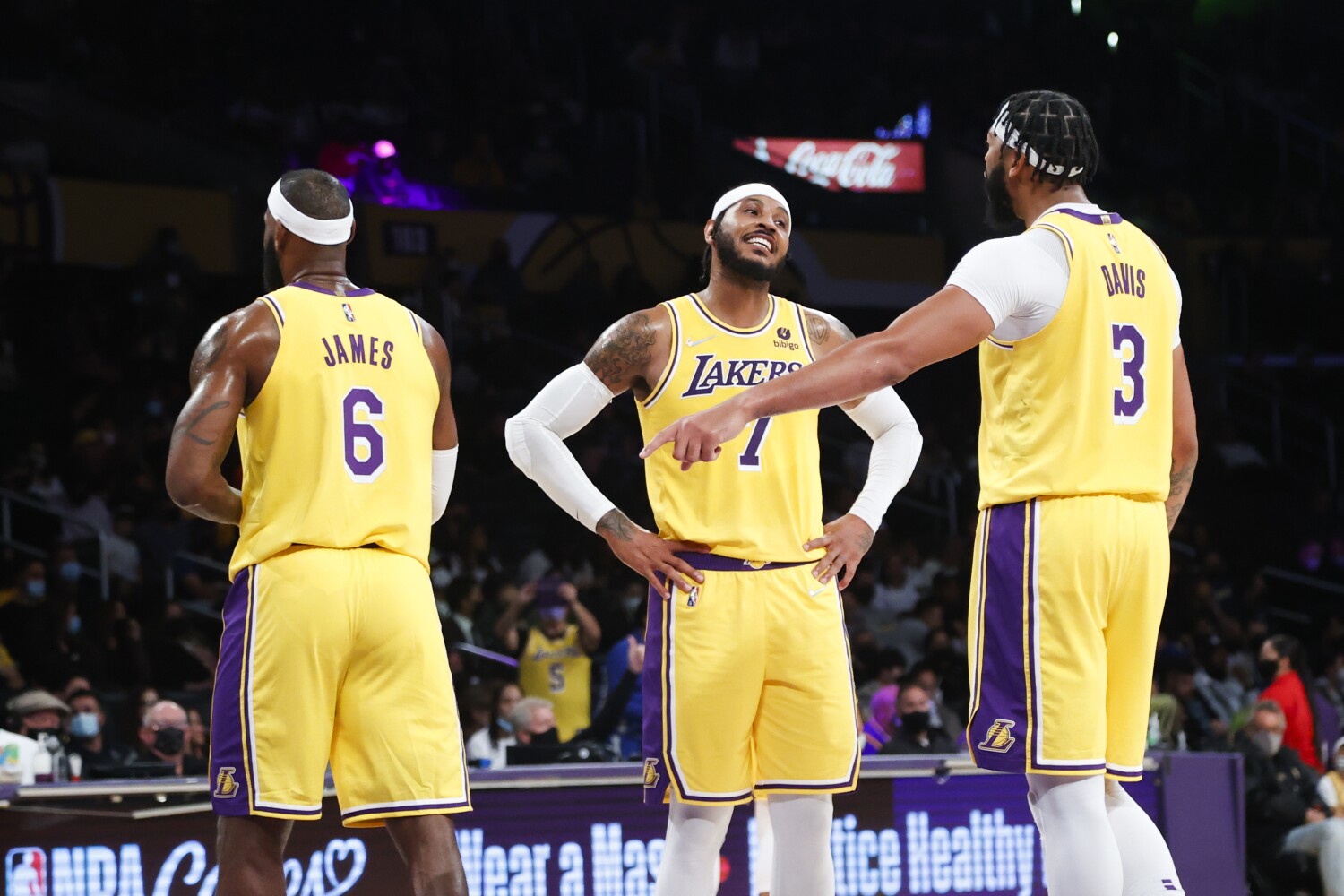 That led many to wonder if that fivesome would be in the starting lineup when the Lakers open the regular season against the Golden State Warriors on Tuesday night at Staples Center.

“As far as starting, we haven’t gotten any indication of who it is,” Jordan said. “But whoever is in there, I’m sure they’ll do a great job and then we have the next-man-up attitude.”

Bazemore said he wasn’t lobbying to be the starter at shooting guard, but he admitted that it would be significant on such an accomplished roster.

And what about Jordan? Would he like to start for the Lakers?

He started at center in four of the five games he played during the preseason.

“Would I like that? I mean, I think there’ll be games where certain guys are in and out,” Jordan said. “It’s a long season and a lot of people say that we’re an old group so I’m sure guys will take some rest nights or some little unlucky mishap. Whatever it may be. But I think when guys get in there, we are going to be able to pick each other up as best as possible.”

Jordan was reminded that the season starts Tuesday and a decision has to be made soon.

So, coach, who will be starting next to James, Davis and Westbrook?

“I have a good idea,” Vogel said, “but we won’t release that until Tuesday night.”

Vogel smiled and said he’ll make that announcement “probably 30 minutes” before tipoff against the Warriors.

Vogel said he has had “a lot of conversations” with his coaching staff about who will start. He also said Jordan and Bazemore are in the mix.

“They’re two, well more than two, really good situations for how we build our starting lineup,” Vogel said. “We feel good about all of them. It’s just what we’re going to land on. We don’t want to be in a situation where we’re changing too often. Hopefully we can have success with whatever way we choose to begin with and stick with that.”

Bazemore started five of the six preseason games, showing his versality at guard and small forward.

“I’m still figuring things out. We’ve had injuries. Coach has been experimenting with lineups,” he said. “So, I’m just out there trying to figure it out. A lot of times I’m out there watching myself on film, and I’m just kind of like a deer in headlights trying to read these guys on the team — Russ, Bron, AD.

“And the most simplest way I can put it is like having a new job. This is my fourth team in three seasons. Playbooks, personnel — it’s been a lot of moving parts around me, pushing a little bit of an identity crisis at times. So, I’ve been climbing out of that and trying to figure things out.”

What do you think?

Back to Top
Close

Your password reset link appears to be invalid or expired.

To use social login you have to agree with the storage and handling of your data by this website. %privacy_policy%